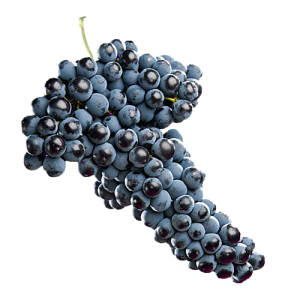 We cannot stay too steady for long time. Tthat’s the reason why we are on the way on planning the next journey in Rioja and here we have some interesting aspects about spanish grapes varieties .
Cabernet Sauvignon is a kind of variety pratically disappeared in the area of Rioja in contrast with the past.
Graciano is Monastrell in Languedoc and Mazuelo is the Carignan in France.
A railway was coming from Bordeaux to Haro connecting the two villages and when Bordeaux was buying some of the very structured spanish wines.
Rioja name comes from the words of the river Oja: “Rio Oja”.
We will go in the surrounding of Haro, Elciego, Navarrete and Alava. We will let you know the wines tasted and the winery visited.
So, Stay tuned soon…

The main white grape variety grown in Rioja, it is more productive than the red varieties and offers fruity wines with floral aromas and a remarkable acidity, making ideal for both young and aged whites. Oak-aged whites are traditional in Rioja, a practice that has been expanded in the last few years to include the fermentation of the must in barrels with its lees. Better known in Spain as Macabeo, the synonyms most frequently quoted are Alcañón, Forcalla, Gredelin, Lardot, , Macabeu, Queue de Renard and Rossan.

Graciano is an indigenous grape variety and its cultivation is very limited in other areas. Shown to be an excellent complement to Tempranillo in the ageing process, this grape has a promising future in Rioja, where its planted surface area has increased significantly in the last few years, although it has yet to reach pre-phylloxera figures. It requires clay-limestone soils and a cool climate. It is fairly resistant to mildew and powdery mildew, with low fertility rates and late maturing. It offers wines with a marked acidity and polyphenolic content, ideal for ageing, with a unique aroma that is much more intense than those of other varieties in Rioja. Synonyms found in ampelographic collections around the world include: Bastardo Nero, Bordelais, Cagnolale, Cagnovali Negro

There are many Malvasias in the world, but they are not considered synonyms of Malvasía de Rioja, which has an outstanding potential for producing top quality whites. The clusters are a reddish yellow and produce a very interesting, unctuous, intensely aromatic wine. The only internationally accepted synonym is Sibirat Parent, but in Rioja other names are used which make reference to the reddish hue of the skin in ripe grapes, such as Rojal, Blanca Roja and Blanquirroja.

This grape variety native to Spain is the most extensively grown variety in the world . In Rioja, it complements the Tempranillo with its aromas and body. With good extract and alcohol content, its wines vary depending on environmental conditions (temperature) and tending practices (production). In warm areas, it produces the kind of wine that has given it its reputation as a rugged grape but in cool areas it produces very interesting, well-balanced wines, particularly rosés. Prone to coulure, this is nonetheless a hardy plant, able to withstand periods of drought, and also fairly resistant to pests and major vine diseases such as rust mites and powdery mildew; hence its popularity among growers. Synonyms found in ampelographic collections around the world include: Abundante, Alicante, Cannonaddu

Considered native to Rioja, it is the wine region’s most typical grape. It is the origin of the identity of its wines and one of the great grape varieties in the world. It occupies more than 75% of the region’s vineyards and it is very versatile from an oenological viewpoint. It is capable of producing wines that can withstand long ageing periods, with a good balance of alcohol content, colour and acidity, and an honest, smooth, fruity mouthfeel that turns velvety as it ages.

Regarding its agronomic performance, it sets well but is highly sensitive to pests and disease and not very resistant to drought or high temperatures. Its name comes from the Spanish “temprano” meaning “early” and it does in fact ripen quite early. There are varying degrees of similarity with the various varieties that are purportedly the same as Tempranillo de Rioja. This ranges from almost complete similarity in the case of Cencibel, Tinto de Madrid, Tinto del País

There is evidence that this grape variety has been grown in Rioja for several centuries, but today it barely covers 3% of the wine region’s vineyards. It is more productive than other red varieties, albeit particularly sensitive to powdery mildew and needs more heat summation to mature. Although short on flavours, it produces wines with abundant tannins, high acidity and stable colour, all of which makes it a good complement to Tempranillo for wines to be aged for long periods. In the rest of the world  it is mainly known as Carignan Noir, given its French origin.

One of my favorite one as “not too sweet wine” is Tafuri negroamaro 30% / primitivo 70% grapes  produced in S. Stefano Vineyard in…